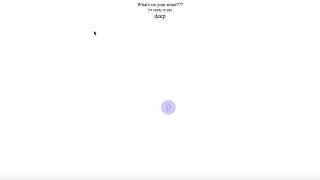 Thoughts on voice-controlled games I played two games: Chicken Scream and One Hand Clapping. They are both platformer games and uses voice to go through the level. Chicken Scream uses input sound to change character's movement. If there is sound, character will move forward. If sound is louder than certain volume, the character will jump. When the level goes up, users need to better use their sound to control character's movement. For me, this game's highlight is freeing the

The original story is The Hare & The Tortoise A Hare was making fun of the Tortoise one day for being so slow."Do you ever get anywhere?" he asked with a mocking laugh."Yes," replied the Tortoise, "and I get there sooner than you think. I'll run you a race and prove it."The Hare was much amused at the idea of running a race with the Tortoise, but for the fun of the thing he agreed. So the Fox, who had consented to act as judge, marked the distance and started the runners off.